The word “economy” seems to be very common in many vocabularies. Many people use the word to complain about their current economic situation, and many people complain about their employment status. Whether having a job that one does not like, or simply not having a job at all, for those in today’s world who want change, the ability to live the life of one’s dreams has never been more abundant than now, and that abundance is only getting greater as technology progresses, however, the question is, are you ready to transition to the digital economy?

The traditional economy that many people are shifting from is now beaten up, run-down, and is a “thing of the past” for many people who are taking control of their lives to make their dreams come true. Those who are making that change and are switching from the conventional and beaten-up economy we had lived in are now shifting to the digital economy, which is thriving like never before, and offers opportunities to anyone, regardless of a degree or experience. The only thing holding those people back from converting to this digital economy is themselves.

The Four Basic People in our world

There are four basic categories of people in the world in which we all live in. The four groups of people in our world are as follows:

Employees – The largest group of people. Being an employee in 2013 is not a good position to be in, and that positioning will only get worse for people in this group as time goes on and as more of our world coverts over to the ways of our thriving digital economy. First off, big businesses are going bankrupt, and people are being laid off. The second reason is that all big businesses, and even small businesses, are migrating to the digital economy. The thought of self-checkouts never became a reality until lately. For example, since nearly one quarter to one-half of all supermarket checkout lanes is now these self-operational machines, that same respective amount of people were laid off simply because our digital world replaced them. This group of people is a part of our traditional economy.

Digital Experts – This group of people is our first category within the digital economy, and these people start online businesses. The appealing part of being a part of this group of people is that you have huge leverage. Once you learn a few new business principles, it is far easier to start a business in the digital economy than it ever was in the past. Most digital experts who start businesses and are successful were not born with a silver spoon in their mouth and did not spend thousands of dollars to get their business off the ground and profitable. Businesses in the digital economy can most often be started on a shoestring budget.

Publishers – Product owners or creators who create these products in our digital economy are a part of this group. Because of the internet, they can grow at an astonishing speed. These people get more and more success and more and more leverage. These people have much more freedom (financial, time, and geographical). People in this sector can work where they want when they want, and how they want, and usually work just a couple hours per day to create and sustain a six, seven, or eight-figure income. The flexibility of time, money, and geographics is the most appealing aspect of this group.
The key to merging to the ways of, and becoming a part of, our digital economy is first to realize the opportunity in the digital economy, then learn its ways, and put those ways to succeed in the digital economy into practice.

With regards to the digital economy, it is, in the end, much more efficient because you can put your business on autopilot and do not have to be there to manage it, as you can leave all of the management to technology for the most part. The other appealing aspect to it is that by leaving all of that work for technology, the internet allows you to sift through people to find those searching for exactly what you are offering instead of cold-calling and other similar means of selling in the traditional economy.

More and more people are moving/migrating to this digital economy, which allows all of these appealing benefits to becoming a reality. There is no reason why you should not migrate to the digital economy unless you are not motivated enough or do not have a strong enough want for that change to take place.

Get access to Alex Parker’s 10 tips for internet prospecting by clicking here [http://www.mlm-prosperity.com/]. Check out Alex Parker’s business blog about his It Works! Global journey [http://www.workwithalexparker.com/] for more secrets, tips, and tricks, and the ability to work with him directly to start your own internet business and learn how to start building your own part-time fortune. 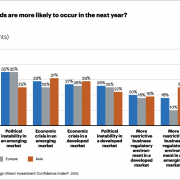 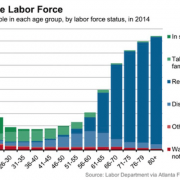 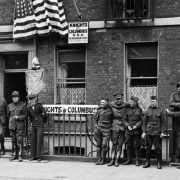 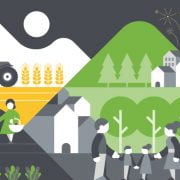